The Barbershop Harmony Society began in 1938 when 26 men attended a song fest at the Roof Garden in Tulsa, Oklahoma. Their original intention was singing socially for enjoyment. They sought an organizational outlet and O.C. Cash, a lawyer, and Rupert Hall, a banker, drew up a plan. They sought to rival the New Deal agency initials of the Great Depression with a very long acronym identifier for their new organization—Society for the Preservation and Encouragement of Barber Shop Quartet Singing in America. Today, the society’s official name is The Barbershop Harmony Society.

When founded, the BHS meant to be a voluntary association, casual, and freewheeling. It was intended to become a hobby focused on music, recreation, education, and social activities. Between 1941 and 1942, 2,000 membership cards were distributed for 55 chapters. The organization began to take shape. Along with its musical appeal, the traditional aspect of American culture to band together in common purpose groups attracted men in the 1940’s and 50’s. The La Crosse chapter was chartered with 55 members on March 29, 1947. 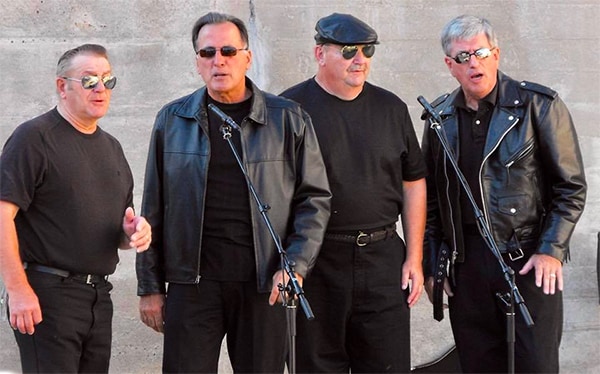 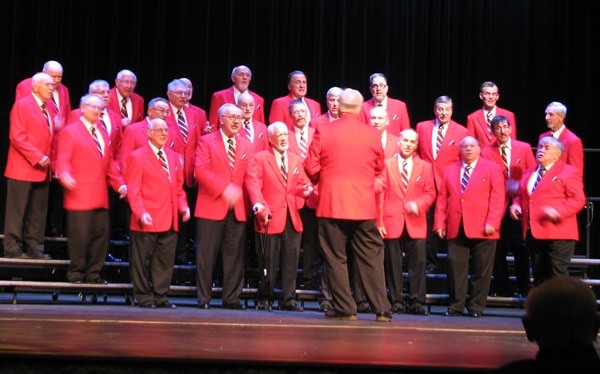 Barbershop harmony requires four voice parts—tenor, lead, bass, and baritone. The melody is usually sung by the lead with the tenor harmonizing above, the bass harmonizing below the lead, and the baritone completing the chord. Barbershop interpretative style permits wide liberties in note values, tempo changes, and volumes to affect a song’s story and emotion.

Early Barbershoppers included The Mills Brothers, The Jordanaires (with Elvis Presley), Bill Monroe’s Blue Grass Boys, Gene Autry and the Sons of the Pioneers, The Four Freshmen, The Dapper Dans at Disneyland, and the Buffalo Bills. Today there are 32,000 BHS members in 795 chapters.

From 1947 to 2019, over 700 men have been listed on the roles of the La Crosse Coulee Chordsmen. We salute those who sang to preserve this style, encouraged others to harmonize, and to “Keep the Whole World Singing”. Our current 54 chapter members are committed to keep singing fun!